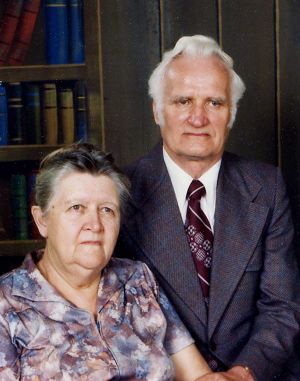 In 1924 David and his family left the Ukraine for Mexico, where they settled in Rosario, Chihuahua. In 1926 the family emigrated to Canada, arriving in Manitoba but settling in Pincher Creek, Alberta. In 1937 he attended Rosthern Junior College in Saskatchewan. In 1946 he went to Bethel College in North Newton, Kansas, where he graduated with a BA in 1948 in philosophy and sociology. David graduated with a MA in philosophy and psychology in 1952 from the University of Manitoba.

He was ordained to the ministry in 1948 in Springridge Mennonite Church in Pincher Creek, Alberta.

David began his teaching career at Canadian Mennonite Bible College in 1948 and worked there for 10 years, at which time his tenure was terminated because of conflicts with the administration and conservative pastoral leaders in the Manitoba conference. He moved with his family to Berlin, Germany, in 1958 where he worked for Mennonite Central Committee in the refugee camps. After a three-year stay in Germany, David taught at Bluffton College in Ohio for a year before accepting the pastorate at the Niagara United Mennonite Church (NUMC) in Ontario in 1961. He remained there until 1972. In 1970 David taught at Eastern Mennonite University in Virginia for one year while he was on a sabbatical. After finishing at NUMC, he became chaplain at the Niagara Region Detention Centre, serving there until 1984.

David was the founding leader in establishing Bethany Mennonite Church (BMC) in Virgil, Ontario. The members of this church came from the NUMC in 1964 with the intent of being an English-speaking congregation. David preached in both of these churches for several years until BMC hired a full time minister in 1967. He was interim minister at NUMC from 1982-1983 and interim minister at BMC from 1987 to 1988.

David Janzen wrote extensively, especially in his retirement, sending many articles to Mennonite periodicals such as Der Bote, Mennonite Reporter and the Canadian Mennonite. He continued to preach in the NUMC, the local Lutheran church, and at the Heidehof Home for the Aged in St. Catharines, Ontario.

David had a thirst for knowledge and while in Germany took courses at the Free University in Berlin with prominent theologians. From his days working with refugees in Germany to his work with the inmates in the detention centre, David was always looking for opportunities to help those who needed a helping hand. He was an avid church conference attender, often sharing his ideas.

David was a professor, minister and chaplain using the gifts God had given him to the best of his abilities in the work that he did for the church and in the community with his wife working at his side.