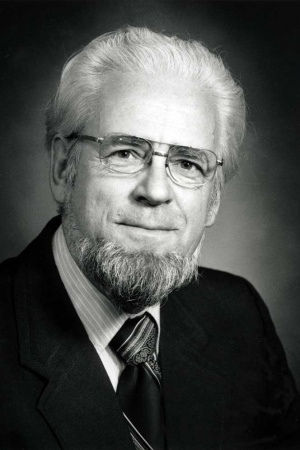 David began his photography work with a borrowed camera until he could afford to buy his own equipment. He free-lanced, took photos of weddings and for catalogues and journals, but his great love was photographing nature. The family's hikes along the Bruce Trail, along the St. Jacob's Mill Race and in parks and their cave explorations frequently halted temporarily while David patiently got exactly the correct angle and light to photograph an interesting subject. He sensed profound spirituality amid natural beauty, something he passed on to his children.

Taking photographs would not support a family, David's parents warned. They were right--in the early days--so David took a bookkeeping course by correspondence and landed a job with B.F. Goodrich to pay the bills. Eventually he did photography full time, spending late night hours in his basement darkroom.

When a studio in his home was no longer adequate, he set up The Laughing Horse Gallery in a St. Jacobs shop which proved to be an attraction not only to tourists but also to Old Order Mennonites who dropped by to try to identify people in his photos. In the 1980s the studio, managed by Katherine and son Robert, moved to St. Jacob's Country Mill and then to Waterloo in 1996. It closed in 2000.

For nature photos, David usually used color but for Old Order Mennonite subjects he used black and white. In the 1990s, he began to work with a computer, learning how to manipulate earlier photos. He was a member of the Professional Photographers of Ontario and won numerous awards, mostly for his artistic photographs but also for commercial work.

Renowned for his nature photography, rural landscapes and many different Mennonite groups, particularly Old Order Mennonites, David provided an unique lens on Waterloo County history and life. The trust and understanding he developed between himself and Old Order Mennonites allowed him to capture the essence of that community. After his death, a significant collection of David's photography was donated to the Mennonite Archives of Ontario at Conrad Grebel University College in Waterloo, Ontario.