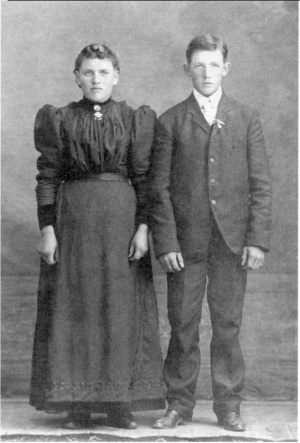 With her second husband, Aganetha migrated to Paraguay in 1926. After two difficult pioneering years in the Chaco of Paraguay, Aganetha Braun Harder returned to Canada in October 1928. Most of the extended family returned to Canada over then next several years, again starting fresh to establish themselves in Manitoba.  Aganetha’s second husband died in 1937. After World War II, Aganetha, now as the matriarch of the family, retraced the immigration steps, as she and most of her family joined a migration movement of Chortizer Mennonites from Manitoba to East Paraguay. With her children married and living in their own houses, she established her own simple home, where she frequently entertained visitors. She became known for her kindness and generosity to people in the community.