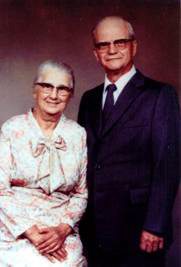 Linford Hackman: minister of the West Zion Mennonite Church near Carstairs, northern missions worker, itinerant pastor and evangelist of the Alberta-Saskatchewan Mennonite Conference, was born on 2 December 1906 in Souderton, Pennsylvania, and died at Edmonton, Alberta, on 11 April 1983. He married Ada Clemens (6 January 1908- ) on 15 June 1925. They were the parents of four sons and two daughters. 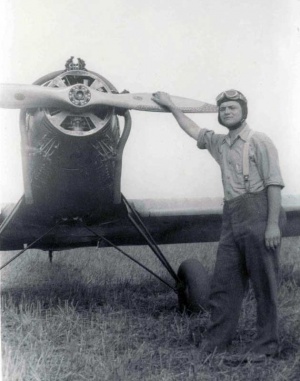 At the age of seventeen Linford Hackman contracted scarlet fever and, fearing for his life, accepted Jesus as his Lord and Savior. He was then baptized in bed at his home. He recovered from his illness after two surgeries performed on the kitchen table of the family home.

As a boy Linford read numerous magazines and books about northern adventures and came to regard the North as a great mission field. Together with a friend, Llewellyn Groff, he began to teach Sunday School classes, distribute tracts and erect road-side gospel signs in his home community. After both men were married they decided on a honeymoon trip to the Peace River country of northern Alberta in 1929, contacting Mennonite congregations along the way. That trip marked the beginning of a life-long enthusiasm for northern missions. But in the next fifteen years Linford and Ada Hackman did mission work in northern Ontario and northern Minnesota where Hackman learned to fly and eventually acquired a small aircraft.

Hackman was ordained to the ministry in 1944 while working in northern Minnesota, but returned to Alberta in 1945 to look for prospective localities for mission work. The following year he and three members of the Mission Board of Alberta-Saskatchewan Mennonite Conference traveled more extensively in the north and subsequently established a number of northern mission stations. Hackman made the West Zion Mennonite Church near Carstairs his home base, but retained great enthusiasm for northern mission work. He made numerous trips north, serving as pastor of the small Edson congregation in the late 1950s and as itinerant pastor charged with responsibility to visit as many of the scattered northern congregations, mission stations and voluntary service projects as possible each year. The Hackmans retired to live in Edmonton where they became members of the Holyrood Mennonite Church.