Difference between revisions of "Grace"

The New Testament words for grace sometimes denote forgiveness Luke 7:42; 2 Corinthians 2:7, 10) or favor (Romans 11:5-6; 2 Timothy 1:9; Hebrews 4:16) bestowed upon the undeserving. At other times, they indicate a living, transforming energy (Acts 4:33; John 1:14-17; 1 Corinthians 15:10; 1 Peter 4:10). Differences in theological understandings of grace often arise from regarding one or the other of these meanings as primary.

Eastern Orthodox and Roman Catholic Christians understand grace primarily as a sanctifying energy, which gradually bestows participation in the divine nature, or "divinization" (2 Pet 1:4). Grace is bestowed through sacraments, where individuals are sometimes fairly passive recipients, and (especially in Catholicism) through meritorious works, where individuals cooperate in some measure with God.

The Protestant Reformers, however, understood grace primarily as God's acceptance and forgiveness, granted through justification. Since justification must occur before sanctification can begin, grace, in this primary sense, could not be a transforming energy. Further, since no one can merit grace through works, one could not cooperate with it.

Among the AnabaptistsAnabaptism, grace was primarily a transforming power. Many of them spoke of being renewed by, or participating in, the divine nature. Accordingly, some recent scholars have maintained that the Anabaptists regarded the primary work of grace as "divinization". This term is appropriate provided that it implies neither that humans actually become God, nor that grace absorbs one in mystical contemplation removed from earthly concerns. On the contrary, the Anabaptists expected grace to produce a greater transformation of earthly character, activities and relationships than did either Protestants or Catholics. Because of this emphasis, the Reformers criticized them for minimizing sin and overestimating human goodness. Yet the difference consisted chiefly in the Anabaptists' higher expectations for the transforming power of grace.

Like the Reformers, however, Anabaptists insisted that grace is God's freely initiated gift, and criticized the Catholic institutionalization of it through sacraments and other ecclesiastically approved channels. Yet the Reformers, who regarded grace primarily as forgiveness, generally limited its active power to the restoration of fallen human nature. Anabaptists, in contrast, regarded grace not merely as restorative, but also as creative. Through grace God had created the world from nothing, and could recreate people almost entirely anew. This understanding lay behind the Anabaptists' lofty behavioral standards. It also undergirded their rejection even of Protestant ecclesiastical structures, for Anabaptists believed that God could create new churches apart from established continuities. The same perspective underlay the sharp Anabaptist distinction between the church and the socio-political sphere; and among the Dutch, between Jesus' human nature and that which everyone else inherits from Adam.

If grace is a creative divine activity, and if it also transforms a person's daily actions, what relationship exists between the divine operation and the human response? Ever since the Synod of Orange (A.D. 529), Catholics officially held that no one could really begin turning towards God unless grace "came before" (prevenient grace) this turning. By the Reformation, however, many Catholics had adopted the view that even this first grace must be merited in some small measure by human effort. In reaction against this, the Protestant reformers denied that human merit could in any way earn God's pardoning grace. Accordingly, they insisted that faith, through which this justifying grace is appropriated, must arise wholly from God's work in one's heart. Faith, they argued, must precede repentance. In other words, before individuals can even begin regretting their sins and seeking forgiveness, God must have already enabled them, largely through subconscious processes, to begin believing in him.

Anabaptists were uneasy with the Reformers' teaching. It seemed, along with Protestant views on human depravity and predestination, to give people excuses for sinning, and for failing to seek and walk in Christ's transforming grace. Consequently, Anabaptists emphasized that earnest repentance belongs to the beginning of the saving process, and good works to its continuance. Some, particularly the Dutch Anabaptists, stressed this so strongly that repentance and works occasionally sounded like necessary means for meriting grace. Most Anabaptists, however, appear to have held that grace somehow "comes before" or prevenes even repentance. Among the Swiss Brethren, Michael Sattler affirmed that "the willing and ability to turn to God are not of man but the gift of God through Jesus Christ our Lord" (Sattler, 116). 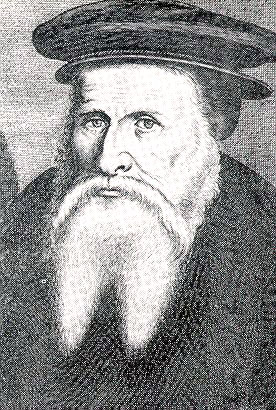 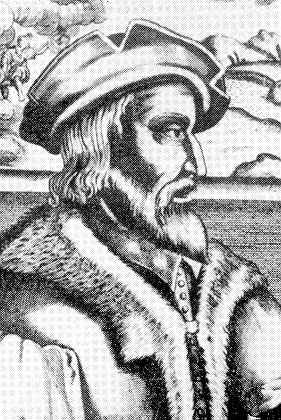 Melchior Hoffman, whose views often underlay those of Dirk Philips and Menno Simons, held that apart from Christ's atonement all humans are under Satanic bondage and cannot even desire salvation. Nevertheless, Hoffman argued that the atonement had universally restored to everyone a measure of free will. Through this first grace, everyone can now repent and receive the second, regenerating grace of the gospel. Dirk and Menno, who otherwise held extremely pessimistic views of human nature, probably could emphasize repentance only on the basis of such an assumption. In any case, all three affirmed that pardoning grace is universally imputed to infants by means of Christ's atonement. No one, that is, will be counted guilty of sin until they intentionally commit it. In at least this sense, Christ has placed all humanity in an initial state of grace.

South German Anabaptists grounded prevenient grace more in God's original creative activity than in Christ's atonement. Pilgram Marpeck spoke not only of original sin, but also of original grace being passed on to all from Adam. Marpeck and Leonhard Schiemer mentioned a light of nature, or of conscience, as a first grace. Yet any such grace can only show people their sinfulness and need for Christ, and can never transform them. Balthasar Hubmaier taught that the human spirit, in contrast to the flesh and the soul, was uncorrupted by the fall. Nonetheless, until the soul is converted, the spirit can do nothing but cry out like a prisoner in longing for God. Hubmaier also held that a common grace gives the soul a limited capacity to respond to God. This capacity, however, remained latent until awakened by the regenerating grace of the gospel.

In general, the Anabaptists, unlike the Reformers, spoke of a limited capacity to respond to God which preceded the specific work of regenerating grace. Usually, however, they sought to attribute this capacity not to any human ability but to some additional form of divine grace. In both what precedes and what follows conversion, they usually saw grace working more widely.

Beachy, Alvin J. The Concept of Grace in the Radical Reformation. Nieuwkoop: B. De Graaf, 1977.