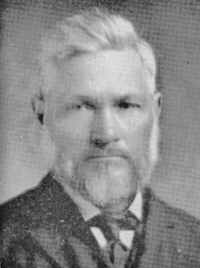 In 1904 he joined a land inspection delegation to Saskatchewan where free homesteads of 160 acres were being offered by the Canadian government. He selected homesteads not only for himself and his two sons, but also for a number of relatives and church members in what is now the Drake, Saskatchewan district. He immigrated to Saskatchewan with his family in 1905 and was followed by a number of families from Kansas and Oklahoma. On 12 February 1906 he organized the North Star Mennonite Church at Drake with 20 charter members, and became its first elder. These charter members came from the Johannesthal, Bruderthal (Kansas, USA), and Alva, Oklahoma churches. By 1931, after 25 years, the membership had risen to 277.

Gerbrandt took a keen interest in the educational and conference activities of the Conference of Mennonites in Middle Canada (later Conference of Mennonites in Canada) churches in Western Canada.  He was chairman of the Canadian conference for four years and its vice-chairman for seven years. In addition he was an active member of its committee on home missions for many years, and he did much to assist the Canadian Mennonite Board of Colonization during the 1920's in raising funds and aiding refugees who were coming from Russia after World War I.