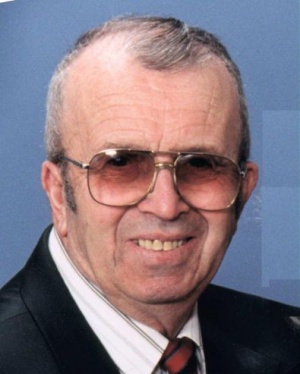 Amid the upheavals of Stalinism, Jacob spent a happy childhood in a loving Mennonite family. They were uprooted in 1943, and his early studies to become a teacher were interrupted as the Soviet armies moved westward into Europe. At war’s end the refugees were forcibly repatriated. On 10 October 1945, the exiled Jacob, his parents and siblings arrived on railway cattle cars to work in a forestry cooperative in Siberia (Irkutsk Oblast, Tayshetsky Raion, Pasiolok Kvitok). They were condemned to a life of poverty and hardship. Jacob acquired a trade, as academic studies were forbidden to ethnic Germans. Jacob married Frieda Penner in 1953.

Following the death of Stalin, conditions for exiles improved. In 1958 Jacob and his growing family moved to Leninabad, Tajikistan, where he worked as a welder and electrician. Jacob had recently given his life to the Lord. His Russian, Tajik and Uzbek colleagues appreciated his energy and resourcefulness, and now they witnessed another side to his character -- his devotion to his Lord. He and Frieda participated in the underground church and were baptized in secret in Kairakum Lake in 1959. They served as deacons, and he preached, in spite of the dangers of persecution: they faced repeated threats of job loss, imprisonment, and that the state would take away their children. They felt the protective hand of God and the intercession of other Christians around the world, including Frieda’s father, with whom they had lost contact during the war. Cornelius Penner had settled in Canada, and efforts were launched to bring his children out of the Soviet Union. Those efforts lasted 15 years. In 1972 Jacob, Frieda and their seven children arrived in Vancouver.

With diligence, prayer and the help of friends, Jacob and Frieda established their new home, learned the language, and were active in King Road Mennonite Brethren Church, serving as deacons. A workplace accident in 1985 forced him to stop work as a welder with Weldco Beales, but he was never idle. He used his language skills to help people with correspondence with relatives in the Soviet Union, whose borders were opening.

In 1991, on the strength of his language skills, Jacob began working as secretary for Logos Canada, an organization involved in the early history of Saint Petersburg Christian University. As the only Russian-speaker in the Canadian organization, he was encouraged to expand his role beyond that of secretary. He gathered financial and material donations, corresponded with students and missionaries supported by the organization, prepared reports to donors, and translated others’ correspondence and reports. This was a fulfilling, joyful time for Jacob. Many supported Logos Canada with prayer and donations, and its work grew substantially during the time of his involvement.

With the onset of ill health, Jacob resigned Logos, continuing to visit the lonely and shut-ins. He lived his last years in Menno Home and Tabor Home, as his need for care grew. He maintained a grateful and loving attitude. In the last year of his life, robbed of language, he greeted visitors with a firm grip, smiling eyes and a beaming face. Jacob passed away in 2010, surrounded by his loved ones.

Jacob learned to read German and Russian long before he began school, absorbed languages almost effortlessly, and used these language skills to help people around him, from writing childish love poem commissions and befriending Tajik families in the desert, to preparing English and Russian immigration papers and organizing spiritual and material aid to the Soviet Union. In the last decades of his life, he was for many the face and voice of Logos Canada to congregations in Abbotsford.