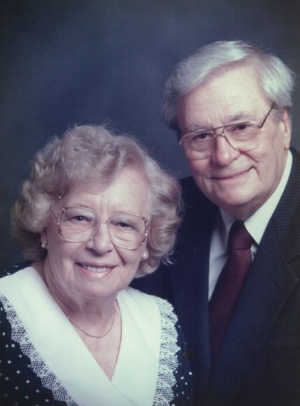 Blake graduated from Rosthern Junior College in 1942. That same year he was baptized in the Rosthern Mennonite Church by David Toews. He trained as an accountant with the International Accountants Society: professional training in accountancy and office management 1943-50. He began a career in the Regina office of Revenue Canada (now Canada Revenue Agency), 1944-1975 and the Edmonton Appeals Division, 1975-78. After retiring from Revenue Canada he became a stewardship consultant and eventually regional and national (1979-84) manager of Mennonite Foundation of Canada, playing an important role in establishing the Foundation and serving on its Board of Directors, 1973-78. He was named an honorary life member of the Foundation in 1987.

Friesen played a leading role in establishing Victoria Avenue Mennonite Church (later Grace Mennonite Church, Regina), in 1955, serving as chair of the congregation, 1955-62. He was chair of the Board of Directors of Rosthern Junior College, 1967-72, sat on the Alberta Cultural and Heritage Council, 1977-78, served on the Board of Directors, Canadian Mennonite Bible College, 1986-89, and took an active role in the Mennonite Historical Society of Saskatchewan (serving as president from 1976 to 1980) and the Mennonite Historical Society of British Columbia.

Blake and Louise moved to Clearbrook, British Columbia in 1978, to Calgary, Alberta in 1983, and retired in Calgary in 1984.