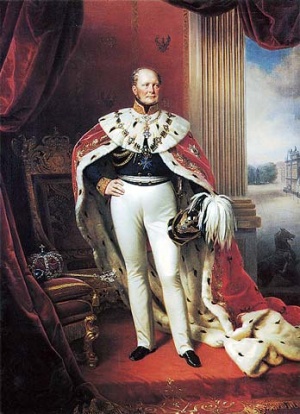 At his ascension to the throne, Friedrich Wilhelm assured the Mennonites that he would continue the protection they had enjoyed under his predecessors. But after 1848, when a constitution was passed, he could no longer decide these matters alone. It was a basic idea in the new constitution that as far as possible differences in creed should neither limit civil rights nor carry exemption from civil duties. The release of the Mennonites from military duty could not be permanently retained in a state that required universal military service. Friedrich Wilhelm and his cabinet were, however, able to guarantee this freedom once more in 1852, but only by assuring the house of representatives that a law governing Mennonite affairs would soon be presented. But this did not take place under his reign. Fifteen years of uncertainty and unrest passed for the Mennonites, until under Wilhelm I their former freedom from military duty was rescinded by the Reichstag in 1867.

Friedrich Wilhelm IV died 2 January 1861. He and his wife Elisabeth Ludovika of Bavaria did not have any children, and he was succeeded by his younger brother Wilhelm I.