From GAMEO
Revision as of 16:21, 12 December 2016 by RichardThiessen (talk | contribs) (Added image; added categories.)
(diff) ← Older revision | Latest revision (diff) | Newer revision → (diff)
Jump to navigation Jump to search
A checked version of this page, approved on 12 December 2016, was based on this revision. 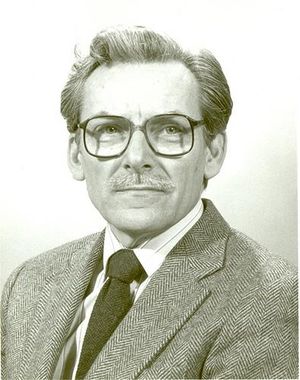 Delton graduated from Bethel College in 1954 and married Marian in June of the same year. After pastoring for a year in Kansas, the two moved to Chicago to attend Mennonite Biblical Seminary, with Delton graduating with a bachelor of divinity degree in 1958. He was pastor of Woodlawn Mennonite Church, one of the early inter-racial Mennonite congregations, on Chicago's South side from 1955 to 1968. He spent 1964 in New York City at Union Theological Seminary, earning a Master of Sacred Theology degree.

At the peak of the civil rights movement and protests against the Vietnam War in 1968, Franz moved to Washington, DC from Chicago to open the new Mennonite Central Committee (MCC) Washington Office. Franz served as MCC's primary liaison to the U.S. government, bringing the concerns of MCC workers and partners around the world to policymakers on Capitol Hill. Delton worked tirelessly for the most inclusive definition of legal conscientious objection, so that no person, whatever their religious persuasion or lack thereof, was denied the right to refuse to kill. Under Franz the Washington office broadened the Mennonite voice to government to include civil rights, international peace and justice issues and human rights. He retired in 1994 after 26 years as director.

Franz's life work centered on peace making and race relations. He and his, Marian, were active in the Civil Rights Movement of the 1960s. In his work with MCC, he worked tirelessly to assure justice for all people regardless of nationality or faith. He had been a board member of the National Interreligious Board for Conscientious Objectors (now the Center on Conscience and War). Franz was a founding member of Churches for Middle East Peace, a coalition of 20 religious groups. He attended the Oslo agreement signing ceremony at the White House in 1993. He also focused on U.S. policies toward Latin America and traveled widely throughout the world.

Franz was a courageous pioneer who was a prophetic Mennonite voice to the U.S. government.