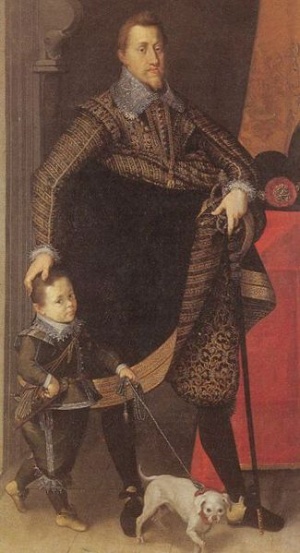 Educated by the Jesuits of Ingolstadt, Ferdinand soon became the very symbol of the inexorable Counter-Reformation. Prior to his becoming emperor, he had already begun this trend as ruler of "Inner-Austria" (i.e., Styria, Carinthia, Carniola), with mandates of 1598 ff. With the tremendous victory of the Imperial army over the Protestants under King Friedrich I of Bohemia at the Weissenberg (outside Prague) on 8 November 1620, the fate of all non-Catholics in the Hapsburg realm was sealed. While up to this point the "Kingdom of Bohemia" (part of that realm) still could enjoy a certain (though restricted) liberty of religion, this old privilege was now wiped out altogether, and no opposition by the Protestant nobility was any longer even remotely possible. Thousands of Lutheran nobles, city people, and peasants immigrated to other parts of Germany, thus seriously injuring the economy of Bohemia and Moravia.

In Moravia, the erstwhile refuge of the Hutterites and other sectarian groups, the activities of Cardinal Franz von Dietrichstein had made it harder and harder for the Brethren to carry on, and the number of Bruderhofs was reduced every year after the turn of the century (1600). Only a shift to nearby Slovakia could save the remnants of the Brethren. But now the imperial edicts of 8 and 17 September 1622 made even a precarious foothold in Moravia impossible. All Hutterites without exception were expelled; it was the end of a period of 90 years of sojourn in this country. All their property was lost (valued at more than 300,000 florins), and no Protestant lord could extend any help. (For bibliography see Ferdinand I.)