From GAMEO
Revision as of 02:00, 5 December 2014 by RichardThiessen (talk | contribs)
(diff) ← Older revision | Latest revision (diff) | Newer revision → (diff)
Jump to navigation Jump to search
A checked version of this page, approved on 5 December 2014, was based on this revision. 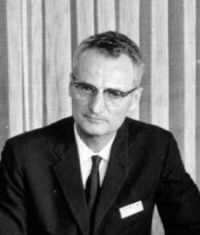 John R. Dyck: churchman and farmer; born 19 July 1913 in the Lysanderhoeh, Am Trakt Mennonite Settlement, Russia to Johannes J. and Renate (Mathies) Dyck. He was the fourth child in a family of three sons and six daughters. In 1941 he married Paula Regier. They had two daughters. John died 14 May 1988 in Rosthern, Saskatchewan.