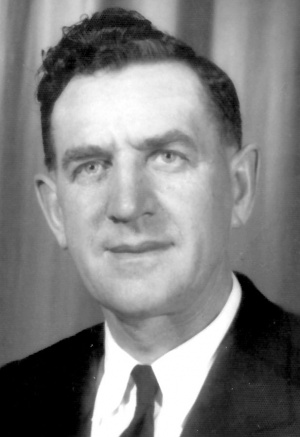 During Henry's childhood his parents moved to the Molotschna Colony, where he received his primary and secondary education. In his tenth year he accepted Christ as his Savior at evangelistic meetings conducted by the missionary Franz Wiens. In 1919 he was baptized and received into membership of the Grossweide Mennonite Brethren Church, where he began teaching Sunday school.

Henry's desire for a life of ministry motivated him to enroll in the Tschöngrau Bible School, located in the Crimea. He completed three years of study and then was conscripted into the Russian army. By the time he was released from military service, the Communist authorities had shut down the Bible school, making it impossible to complete the final year. It was at the Bible school where he met his future wife Justina.

Henry and Justina were given permission to leave Russia on 11 November 1924. Together with parents and siblings, Henry and Justina immigrated to Canada via Mexico, where their first son William was born. The family arrived in Emerson, Manitoba on 7 March 1926. They lived in various locations in Manitoba, depending on employment opportunities. In spite of the economic hardships, the Duecks always found time for spiritual endeavors. Henry was one of the founders of the Steinbach Mennonite Brethren Church.

On the advice of their doctor, Henry and Justina relocated to BC, arriving in Yarrow on 9 January 1930. Shortly thereafter they moved to Sardis (now Greendale) where Henry was helpful in the sale and distribution of land to fellow immigrants. In spite of the difficulties encountered during these depression years, the new settlers embarked with courage, energy, enthusiasm and trust in God, in the task of building a home and family farm. Because of extreme poverty, building materials were purchased on credit from Wilson's Lumber Yard, and funds needed to buy dairy cattle were granted as loans from the local bank. The Dueck's first dwelling was a structure of plain shiplap boards covered with black tar paper.

Although providing for the physical needs of his family was given high priority, Henry Dueck's main interest had always been to provide a spiritual home for Mennonite Brethren families in the community. With the support of other members, he led a fellowship group that originally met in homes, and when the group grew too large, it met in the local elementary school. On 11 January 1931 the Sardis (later Greendale) Mennonite Brethren Church was organized with twenty-four charter members. At the same meeting, Dueck at age 29 was elected as leader. In 1935 he was ordained as a minister of the gospel. To accommodate the rapid growth of the church, a building 30 x 40 feet was constructed on land donated by the Duecks on the corner of South Sumas and Sumas Prairie Roads.

Outside of a few minor interruptions, Dueck served the church faithfully from 1931 to 1952. He was a dedicated leader, generously offering his time and talents, often with considerable sacrifice to his own interests. He was always willing to provide counsel and tangible help for those who appealed to him for assistance. By nature he was a people-friendly person, genuinely sharing circumstances of both joy and tragedy with those who came to him. In spite of rather limited quarters, in 1938-39 the Duecks, with a family of two sons, still made room for a Bible school class in their modest home in Greendale. The class was taught by Henry for one year. He also served as moderator for two years.

In all of these efforts, Justina supported him faithfully, often accompanying him in his visits to the sick, the shut-in, and the bereaved. She also led the Ladies Sewing Circle (Frauenverein) for a number of years.

After his retirement Henry and Justina moved to Abbotsford, BC where he passed away 4 November 1978. He was often heard to say, "What I have done for the Lord remains secure. Everything else will burn away."