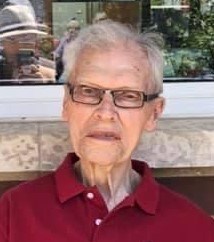 Leo Driedger: Sociologist, scholar and champion for a socially engaged Mennonite community; born 27 June 1928 in Saskatoon, Saskatchewan, Canada to Cornelius (1891-1939) and Maria (Pauls) Driedger (1907-2002). Bernhard W. Buhler (1907-1978) became his step-father in 1941. Leo was the oldest of seven children, having five brothers and one sister. He married Darlene Koehn (1931-2018) in 1956 in Chicago, Illinois. They had two children. Leo Driedger died 28 December 2020 in Winnipeg, Manitoba, Canada. Leo and Darlene Driedger were members of Charleswood Mennonite Church in Winnipeg.

Like so many Mennonite scholars who came to the fore in the second half of the twentieth century, Leo had rural roots, growing up in Osler, Saskatchewan and he was the grandson of Old Colony Mennonite farmers. His academic trajectory took him to the University of Chicago for his MA (1955) and Michigan State University for his PhD (1964), before settling in for a long and distinguished career, 1966-1999, at the University of Manitoba’s Department of Sociology. Here he came to be centrally associated with the sociology of ethnic relations in multi-cultural and urban Canada. His sojourn at the University of Chicago, the birthplace of the so-called Chicago School of Sociology, which celebrated the city over the frontier as the place in which old customs were broken, and new energies arose from interaction with other cultures, was significant.

Leo often emphasized this connection between Mennonite sociologists and Chicago, citing how he had been in the company of Winfield Fretz (Ph.D. 1941), J. Howard Kauffman (Ph.D., 1960), Donovan Smucker (1957), and Calvin Redekop (1959, in undertaking graduate work at the University of Chicago. Leo was relentless in pushing the idea of the great U-turn in Mennonite history, that is, that sixteenth century Anabaptism was urban spawned, that it had settled in for a stultifying rural peace, and that four centuries later, in the second half of the twentieth century, it had come back home to urban milieus. At the height of his career – from 1988 to 1991 – Leo published four books in quick succession that captured the germ of his academic mission. In his Mennonite Identity in Conflict (1988) he republished a series of essays that advanced the idea of “middlemen,” a concept by Pierre van den Bergh which placed Mennonites not simply as ethnoreligious minority but as one that stood between the masses and government, where, while culturally distinct, allowed it a particular social power. The twentieth century city, wrote Leo, was the Mennonites’ “middleman” moment, a time for social engagement and cultural relevance.

This was the crux of Leo’s analysis. His collection with Leland Harder (who had his own Chicago ties), Anabaptist-Mennonite Identities in Ferment (1990) reported on an historic Goshen college conference that featured Mennonite social scientists, considering the historic evolution of Mennonites using a sophisticated array of theoretical analyses teeing off of the church-sect continuum theory and homing in on the dialectical process of social change. It was a fervor made apparent again in his Mennonites in Winnipeg (1990), a small book produced for the Mennonite World Conference; perhaps it was highly narrative but its conceptual foundation was a 1975 essay in which Leo, in his own words, “proposed a typology of Ethnic Villagers and Metropolitan Remnants” and concluded that this approach marked not only a “sophisticated” understanding of the Mennonites’ arrival in the city, but was based “on a New Testament model of the church [that] was more likely to help Mennonites survive in the city.”[1]Then in 1991 he produced Mennonite Mosaic with J. Howard Kaufman, a report on a survey of some 3000 Mennonites in more than a 150 congregations in 5 conferences, measuring the impact of modernization, but insisting that the urban world was not synonymous with assimilation and secularization.

Before completing his Ph.D. Leo served as Associate Secretary of the newly founded Board of Christian Service of the General Conference Mennonite Church in the early 1960s. He was also on the board of the Mennonite Central Committee Canada for a number of years in the mid-1980s.

Driedger's research was recognized in 1997 by the Royal Society of Canada, where he became a Fellow. In 1999 he received the Canadian Sociology and Anthropology Association Outstanding Achievement Award at the Congress of Learned Societies meeting in Quebec and in 2003 the Outstanding Achievement Award at the Anabaptist Sociology and Anthropology Association meeting in Michigan. Bethel College honored him with the Outstanding Alumnus Award in 2004.

Leo Driedger set an example as a scholar with a heart for the relevance of religion within a modern context. His energy was infusive, his interest in academic analysis keen and his mission relentless.

Driedger, Leo, and Neena L. Chappell. Aging and Ethnicity Toward an Interface. Butterworths, 1987.

Driedger, Leo. At the Forks : Mennonites in Winnipeg. Pandora Press, 2010.