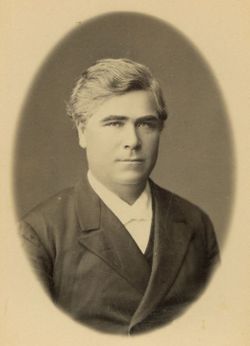 Heinrich's parents belonged to the Gnadenfeld Mennonites of Russia who had been closely associated with the Moravian Brethren in Germany and stimulated a revival of missionary and cultural interests among the Mennonites of Russia. Heinrich Dirks graduated from the secondary Vereinsschule at the age of 21. He was baptized by Elder August Lenzmann on 12 May 1860.

Dirks was not only the first Mennonite of Russia to obtain a formal education abroad but also the first Mennonite of Russia to go out as a missionary to a foreign land. This happened in the days when revivals were sweeping through the Mennonite settlements, renewing their religious and educational interests and also resulting in the founding of the Mennonite Brethren Church. Heinrich Dirks enrolled at the Missionshaus at Barmen, Germany, in 1862 and graduated in 1866. During the following year he received private instruction in Amsterdam in the Javanese, Malayan, Dutch, and English languages. In 1867 he was ordained minister at Gnadenfeld and on 31 August 1869, he was ordained missionary and elder by August Lenzmann. During the same year he married Agnes Schröder. After an impressive farewell from the Mission Board of Amsterdam they left the Netherlands on 24 November 1869, sailing to the Dutch East Indies, where he opened a new Mennonite mission field at Pakanten, Sumatra, 10 January 1871. On 6 August 1871 he baptized the first three converts, and within ten years he had baptized 125 converts. Because of the education of his children he returned to Gnadenfeld in May 1881, and he was made elder of his home congregation. To the end of his life he was also a conference traveling evangelist and a promoter of missions. His wish to return to Sumatra to visit his son David, who succeeded him in mission work, was never fulfilled. He had already reserved passage for a trip in 1914 when he became ill. During his illness he was in Sumatra in thought almost constantly. He died in 1915 in Gnadenfeld, Molotschna.

Dirks ranks among men like Johann Cornies in his significance to the Mennonites of Russia. The chairman of the Dutch Mennonite Board of Missions wrote in his memory, "The fact that during the years a number of brethren and some sisters from Russia (a total of 13 not counting wives of missionaries) have joined our mission and the fact that the Mennonite congregations of Russia have supported the work of our mission in an increasing measure we owe above all to him" (Zondagsbode, 16 May 1915). In 1910 he was appointed a member of this Mission Board and attended the meeting in Amsterdam during that year. He traveled extensively in Germany, Holland, and America, in the interest of missions. In Russia he was the speaker at mission festivals that took place between Pentecost and the late fall from year to year at the various settlements, a tradition which he built up and which dated back to Moravian influence. At the Bundeskonferenz meetings and in the Mennonitisches Jahrbuch he gave his annual reports on the mission work. The financial reports of the Dutch Mennonite Mission Board indicate to what a degree they relied on the contributions solicited in Russia through his efforts.

Dirks was also a very active promoter of other conference activities. From 1903 to 1910 he edited the Mennonitisches Jahrbuch, which gradually became a conference publication and is today one of the most valuable sources of information on the Mennonites of Russia before World War I, dealing with settlements, congregations, education, missions, philanthropic institutions, including conference reports. As a conference worker Dirks emphasized a warm, evangelical Christianity, and favored the establishment of a theological school and conference publications. In his numerous writings he not only pointed the way to an aggressive positive Christian witness at home and abroad but also lamented the disrupting forces at work through the "separatistic" efforts of the groups separating themselves from the main body of the Mennonites in his day. Many of his writings are devoted to this concern: to strengthen the congregations against all disrupting forces, whether of secular or religious nature.