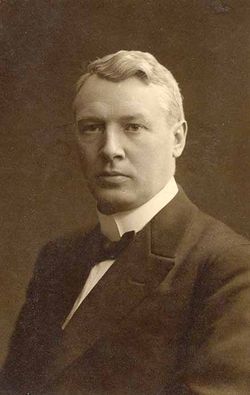 From an early age Fokke Dijkema showed an interest in Protestant cooperation within the Netherlands and worldwide. In 1905 he attended, as a free-lance reporter, the Third International Conference of Liberal and Progressive Christianity at Geneva. From 1924 to 1940 he represented the A.D.S. on the board of the Netherlands chapter of the World Alliance for the Promotion of Friendship through the Churches. He co-founded, as a representative of A.D.S., the Netherlands Central Committee for Liberal Protestantism in 1923, and the Netherlands Ecumenical Council in 1935. Shortly after World War I he was appointed to the Netherlands Committee for Support to the French Protestant Churches, which helped to finance the rebuilding of damaged or destroyed Protestant churches in the north of France. He was awarded the Médaille de la Reconnaissance Française (Medal of French Gratitude) in 1930.

Dijkema was an adherent of liberal theology. He published many articles in the Mennonite weekly De Zondagsbode and a number of booklets including Het Avondmaal (Rotterdam, n.d., 1908), De Ongeloovigen (Amsterdam, 1917), Buitenkerkelijke Stroomingen: spiritisme, theosofie, Christian Science, Orde van de Ster in het Oosten (Amsterdam, 1928), and a historical study, De Doopsgezinden in Amsterdam: 1530-1930 (Amsterdam, 1930). In September 1940, a few months after the German invasion of the Netherlands, he published De Openbaring van Johannes in haar doel en beteekenis voor dezen tijd beoordeeld, intended to help prevent injudicious use of the Revelation of John to predict the course of the war.

Fokke Dijkema was highly regarded by his contemporaries. The tablet in the façade of the Singelkerk in Amsterdam symbolizing the unification of the Amsterdam Mennonite congregation in the preceding centuries was a present offered to Dijkema in 1942 on the occasion of his retirement. The tablet was created and unveiled posthumously by his widow in 1950. In 1958 at the 350th anniversary of the Singelkerk, his younger colleague, Frits Kuiper, recalled, "Fokke Dijkema in 1930 commemorated here four centuries of Mennonite life in Amsterdam . . . . Dijkema sought for us the golden mean. He strove both after cooperation within the Liberal Protestant context and conscious participation in the Ecumenical movement. Besides cautious Modernism he found a gentle Orthodoxy suitable in this church ...."