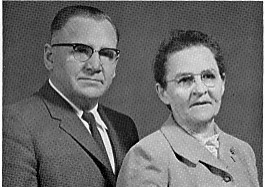 Jacob’s life was severely affected by the political turmoil sweeping the newly formed Soviet Union. On several occasions during the early 1920s Jacob barely escaped death. Once a bandit’s bullet missing him by a hairbreadth. On 18 January 1923 he acknowledged Jesus Christ as his personal Savior, and soon began his spiritual ministry. Against the order of Communist rulers, he became part of an itinerant Bible school that operated for three winters.

As a result of his evangelistic and teaching work, Jacob Dick was sent to the Dnieprostroy Concentration Camp in 1930. He notes in his autobiography that in this place "12,500 people were comforted and received spiritual food." By working overtime in the camp, he earned a 10-day leave of absence, during which time he planned his escape from the Soviet Union. Since westward emigration was no longer an option, he and his wife and daughter secretly booked train passage to Alma Ata. From here the family managed to hire local horse-drawn carriages to transport them the remaining 250 miles to the Chinese border. In the face of many difficulties, the Dicks finally managed to cross the Amur River into China.

Life in Kuldja (Ghulja), Xinjiang, China was precarious owing to a civil war in the region. When orders were given that all men were to be mobilized into the army, the Dicks felt that at all costs, escape to India was their only option. Fully aware of numerous risks and enormous travel difficulties, the Dicks left Kuldja on 30 August 1932, crossing the glaciated, Tien-Shan Mountains. Following the Mintaka Pass, the family arrived in India on 5 April 1933.

Already in Russia Jacob had sensed a call to missionary service. The warm reception the Dick family received among the Telegu people confirmed for them that God had called them to this place. By 1936 they were accepted as Mennonite Brethren missionaries, under whose auspices Jacob was placed in charge of the Bethany Bible Institute in Shamshabad.

By the end of the 1930s, the Dicks wished to establish a legal homeland. They arrived in Montreal, Canada on 15 May 1939, and were granted Canadian citizenship in 1941. On 15 May 1940 Jacob Dick was ordained to the ministry in Coaldale Mennonite Brethren Church, as preparation for further work in India. By the time of their retirement in 1957, the Dicks had completed three terms of mission service with the Mennonite Brethren Board of Missions. Now the Dicks continued their ministry in Canada, where for ten years Jacob served as chaplain in Vancouver Central City Mission.

On 2 December 1976 Jacob’s wife Anna died. In 1978 Jacob married Mary Olfert Doerksen of Abbotsford, with whom he once more traveled to India to visit Mennonite Brethren mission stations. Jacob Dick died on 9 August 1980, two days before a planned trip to the Soviet Union.