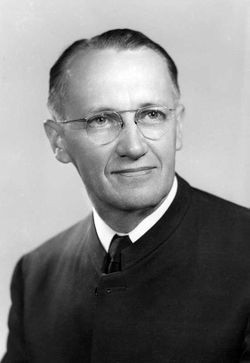 Although he hoped to be a missionary, Detweiler's first vocation was as a teacher. He finished his high school at Eastern Mennonite Academy in Harrisonburg, Virginia in 1922 and taught for several years while taking further academic work at Millersville State Teacher's College, Elizabethtown College, the University of Pennsylvania and Temple University. He graduated with a B.S. degree from Temple University in 1928.

William and Anna Detweiler served at the Norristown (Pennsylvania) Mennonite Mission from 1928 to 1931, and then at the Mennonite Mission in Canton, Ohio. He was ordained as minister in June 1933. As the opportunity for foreign missionary service did not materialize, the family began to envision an radio outreach. After considering this for over a year, the Calvary Hour was begun in November 1936. Initially the new program was known as the "Mennonite Hour," but resistance in some parts of the Mennonite Church (MC) to use of this newer technology led to the change to "Calvary Hour."

In 1938 William Detweiler became Associate Pastor of the Oak Grove Mennonite Church; in 1947 he became pastor of the Pleasant Hill Mennonite Mennonite Church. In 1952 he resigned from this position in order to give full time to the radio ministry. At the time of his sudden death from a heart attack, the broadcast was heard over more than 20 stations. The Calvary Hour was then continued by his sons, Bill and Bob Detweiler. The program ended in December 2007.

William Detweiler was an innovator in the Mennonite Church in the use of the new communication technologies. His vision was finally embraced by the denomination, which then developed its own Media Ministries Department within the Mennonite Board of Missions.