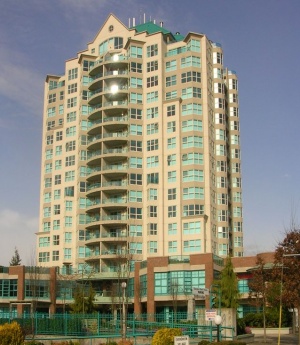 The Clearbrook Golden Age Society (CGAS), located in Abbotsford, British Columbia, is a society whose mission statement is to provide "a meaningful social outlet in the Central Fraser Valley for the retired and semi-retired." This is done by providing seniors with a secure living environment and opportunities to be involved in recreational activities and meaningful service projects. While the society is not a Mennonite organization, a number of Mennonites have been centrally involved with the society from its inception, and it provides activities and service opportunities for a large number of Mennonites in the Fraser Valley.

The Clearbrook Seniors Citizen Society was founded in 1975 as a society for seniors under the leadership of Abram A. Olfert. Olfert was concerned about the lack of activities for retired men in the Clearbrook area and wished to organize useful activities for them. In the following year the name was changed to the Clearbrook Golden Age Society. Discussions ensued resulting in the opening of a used furniture and appliance store in February 1977. The store was located in the Cedar Park Shopping Centre and was a place where retirees could use their skills and energies to refurbish used items for sale. The proceeds were to go to Mennonite Central Committee British Columbia (MCC-BC) and later also to other organizations. In 1988 the ownership of this store was transferred to Mennonite Central Committee BC.

In the meantime a variety of other programs and activities for seniors were developed including a workshop, bus tours and the making of crafts. During the late 1970s the Mennonite Educational Institute (MEI), then located at the corner of Clearbrook Road and Old Yale Road, was planning to build a school at a new location. As a result, their two acre plot and buildings were put up for sale. In 1980 an agreement was made to purchase the MEI site including the auditorium and in the following years some of these premises were renovated and occupied. A provincial government grant of $150,000 was matched by local fund raising efforts so that the purchase could be made. In the following years this center became the hub of a wide variety of activities designed to serve seniors and to provide activities in which they could participate. Soon a plan was developed to serve hot meals several times per week, a coffee shop was opened, plus book binding, picture framing, woodworking and a variety of other activities. Some of the tenants included the Mennonite Historical Society of British Columbia, M2/W2 (a ministry to prisoners) and various other Christian ministries such as an Adult Achievement Centre and Helping Hands.

The CGAS began planning a further expansion of services to seniors and by 1997 the old MEI buildings had been demolished and a new tower had been built, appropriately named the Garden Park Tower. This complex included the CGAS Community Centre with its offices, a large dining hall, a coffee shop and many other services which seniors and others could use. The Tower also contained 111 residential suites as well as a commercial floor which housed medical offices, a pharmacy, M2/W2 offices, Mennonite Historical Society of BC Archives, We Care and other services. The vision was to provide services to seniors to make it possible for them to live independently in a life-lease facility as long as their health allowed.

Leadership of CGAS has been vital since its inception. The vision and drive of Abram A. Olfert as Chairman in the earlier years was much appreciated. He was succeeded by Allan Hiebert in the 1980s, with some brief interruptions, right into the 21st century. It was under his leadership and vision together with Lorne Dyck and others that the present structure and services were developed. Their vision and hard work led to the development of a facility which is recognized as a model for other communities to follow.

The concept was the provision of a facility in which seniors could live securely as long as their health allowed along with the opportunity for both residents and community members to be involved in recreational activities and service projects that CGAS provided. Allan Hiebert was succeeded by Hans Hofenk in 2004 and in 2010 by Carl Durksen.

Alfred Heinrichs became General Manager in 1980, succeeded by Lorne Dyck, who served from 1991 to 1997. Fred Hall became the Chief Executive Officer in 1998 and has served to the present (2010). It should be noted that there have been many Board members and a host of volunteers who have contributed to the ongoing work and development of this society.