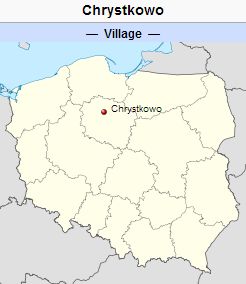 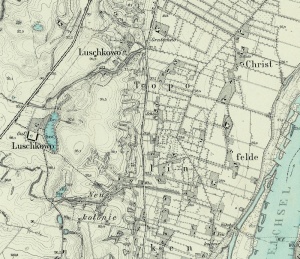 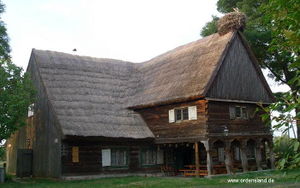 The village and the neighboring hamlet of Kosowo, situated in the Polish territory of Schwetz (Świecie) near the left bank of the Vistula River, were in the 17th and 18th centuries occupied by Mennonite farmers of Dutch descent. In 1650 the Mennonites of Christfelde and Kosowo obtained a charter of protection granted them by King Johann II Casimir of Poland. They were granted freedom of religion and the privilege of choosing their own Schulze (magistrate) and conducting their own schools. They also had an economic privilege, permitting them to transport their grain without paying taxes to Danzig, in order to sell it there. A congregation in Christfelde is not known; these Mennonites may have belonged to a congregation in a neighboring town.

Until 1772 Christfelde was located in what was known as Royal Prussia (also known as Polish Prussia) in the Kingdom of Poland. The First Partition of Poland in 1772 resulted in the creation of a new province on 31 January 1773, called West Prussia, in which Christfelde was located. Christfelde was situated in the district (Kreis) of Schwetz in Regierungsbezirk Marienwerder until the end of World War I, when it came under the jurisdiction of the Pomeranian Voivodeship of the Second Polish Republic. The village came under the control of Nazi Germany during World War II until March 1945, when it was occupied by Soviet forces and returned to Poland. In 2013 Chrystkowo was a village in the administrative district of Gmina Świecie, within Świecie County, Kuyavian-Pomeranian Voivodeship.