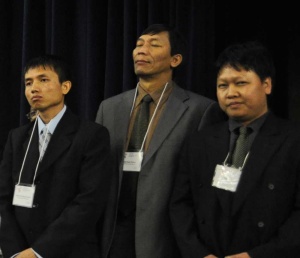 The Chin people were once an independent people in the western part of Burma (also known as Myanmar) and in nearby states in India. Because of missionary influence, a large majority of Chin people became Christian. Many left their homeland because of persecution, and arrived in North America in the early 2000s. By 2010 there were 1200 Chin people in Canada and 16,000 in the United States.

In April 2012 the Chin Christian Church was accepted as an emerging congregation in MCEC. The worshiping community in the Ottawa Chin congregation was about 70 persons in 2012, including children. The congregational chair in 2012 was Pu No Kio Bik.