From GAMEO
Revision as of 13:34, 14 January 2017 by SamSteiner (talk | contribs) (fixed spacing error)
(diff) ← Older revision | Latest revision (diff) | Newer revision → (diff)
Jump to navigation Jump to search
A checked version of this page, approved on 14 January 2017, was based on this revision. 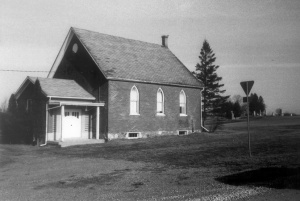 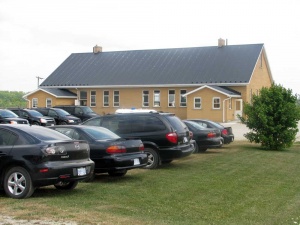 Markham-Waterloo Mennonite Conference families from the Markham area north of Toronto, and also from Waterloo County bought farms in the Brotherston vicinity from 1968-1972. Services were held in homes in 1971-2 until Bishop Abraham Smith moved to Wallace Township from Markham in 1972. For one year a church at Mayne's Corners was rented for services.