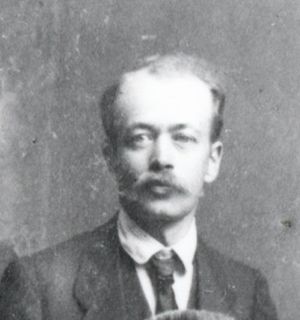 Theodor Heinrich Block: outstanding educator among the Mennonites of Russia; born 9 November 1885, at Rückenau in the Molotschna, a son of the teacher Heinrich Block, received his training at the Gnadenfeld Zentralschule and in the normal classes at Halbstadt, and spent four years (1907-1911) at the Russian teachers' seminary in St. Petersburg. He taught as follows: 1904-1907 elementary school; 1911-1914 Gnadenfeld Zentralschule; 1915-1920 Halbstadt Zentralschule, also Halbstadt girls' Gymnasium and Halbstadt Teachers' Seminary. With Peter J. Braun and K. A. Wiens he served as official reporter on schools at the 1917 All-Mennonite Congress.

In 1920 Block fled from Russia, reaching Germany in December 1921 after a most difficult route through Turkey, Bulgaria, Rumania, and Czechoslovakia. From March 1922 to August 1923 he taught at the Ziegler boys' school at Wilhelmsdorf in Württemberg. In 1923 he married Else Belz of Stuttgart and was the father of six children. At that time he settled in Oberursel, where he served under the Deutsche Mennoniten-Hilfe (DMH) 1923-1926 as administrator of the Lechfeld transient Mennonite refugee camp. In 1925-1932 he worked for a life insurance company, then returned to teaching at Jüchsen near Meiningen, where he joined the Nationalsozialistische Deutsche Arbeiterpartei and became Ortsgruppenleiter. In 1936, he appeared on the membership list of the Hamburg Mennonite Church.

Block's wife, Else, died in 1934, and he remarried in 1941, to a woman named Paula. He went to the Ukraine in 1943 to work as an educational administrator in the German-occupied area of Nikopol. For reasons now unknown he was arrested by the German occupation forces a few months later and returned to Germany to imprisonment at Meiningen. He became ill in prison, and died in February 1945.

Block published a number of volumes of poems: Hungerlieder (Bad Homburg, 1922); Auf dem Pegasus durch die Assekuranz (Berlin-Charlottenburg, 1930); also in May 1925 a poem celebrating the fourth centennial of the Mennonites (Mennonitische Blätter). For the Mennonitisches Lexikon he wrote numerous articles on the Mennonites of Russia.