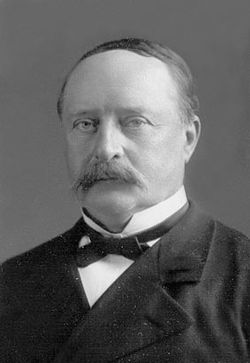 Blijdenstein, an old Mennonite family which came to the Netherlands from Westphalia, Germany. Berndt and Adam van Blijdenstein were hatters in Burgsteinfurt in Westphalia. Berndt's house was destroyed by imperial troops in 1635. His widow obtained citizenship for herself and her children in the Overijssel town of Ootmarsum. His grandson Berent Berentsen van Blijdensteijn (1664-1705) settled in Enschede, Dutch province of Overijssel, in 1690 and married Maria Paschen, the daughter of a noted Mennonite family. Their sons Berent (1695-1755) and Benjamin (1701-1774) founded a mercantile business (linseed, clothing). A son of Benjamin, Jan Bernard Blijdenstein, b. 18 February 1756 at Enschede, d. there 10 December 1826, founded the firm of Blijdenstein and Co. It manufactured textiles, and later also banking). He was a well-educated man and had a good library which included the works of Menno Simons. The change in the Mennonite attitude toward government and the state is seen in the fact that in 1786 Jan Bernard accepted office in the Citizens' Council (Burgercomitee); in 1798 he was a representative in the legislature of the Batavian Republic (as the Netherlands were then called); and he was burgomaster of Enschede until 1819. He married Geertruida Schimmelpenninck, a Mennonite of Almelo.

Another noted member of this large family was Albert Jan Blijdenstein (15 March 1829-28 February 1896) of Enschede, a grandson of the above Jan Bernard Blijdenstein. In addition to being a pillar in the Mennonite congregation, a co-director of the family weaving mills and director of the banking firm Blijdenstein and Co., established in 1801, he also served the community as a member of the provincial States of Overijssel (1866-1878) and as a member of the upper chamber (1878-1895). Furthermore, he was for many years chairman of the chamber of commerce in Enschede. He was deeply interested in sylviculture and was famous for his expert knowledge of trees; he took the initiative in the large-scale reclamation of waste heaths and was the founder and first chairman of the well-known Dutch Heath Society (Nederlandse Heidemaatschappij).

Izaak de Stoppelaar Blijdensteyn, a Mennonite minister, was also a member of this family. From 1838 to 1857 he served successively the congregations at Mensingeweer, Enschede, and Sneek, and died at Sneek in 1857.