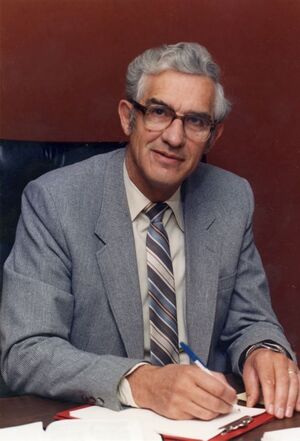 Balzer grew up in a Christian home in southern Alberta, which led to his conversion as a teen and baptism in Vauxhall Mennonite Brethren Church on 31 August 1947. Jake felt a call to ministry, but preferred to go into farming and so dropped out of school. When he was 20-years old, a near-death truck accident brought him back to his ministry calling and back to school. He reported that, before the truck stopped rolling, he said, "All right, God, you win!"

Jake graduated from Prairie High School in Three Hills, Alberta, and then spent three years at Prairie Bible Institute, where he met his future wife, Esther Sukkau. Balzer graduated in 1966 from Mennonite Brethren Bible College (MBBC) in Winnipeg, Manitoba. Later, he earned a BA in behavioral science from Fresno Pacific College in Fresno, California, and graduated from the Mennonite Brethren Biblical Seminary, also in Fresno.

After graduating from MBBC, Jake began his ministry in Winnipeg as pastor of the Salem Mennonite Brethren Church. He served his second pastorate while studying at Fresno, California. His other three church ministries were church plants in British Columbia (BC): Valleyview Bible Church in Kamloops (1970-1977), Armstrong Bible Chapel in Armstrong (1977-1982), and Mission Christian Fellowship in Mission (1982-1986).

Jake had a passion for church planting and evangelism, which resulted in Jake serving as Church Extension Director for the British Columbia Conference of Mennonite Brethren Churches from 1987 to 1995. Under his leadership, thirty-one new churches were started and, of these, thirteen were non-Caucasian churches that worshipped in nine different languages. Jake had a big heart for "ethnic" church planting and particularly enjoyed working with Chinese churches.

When Balzer completed his BC church-planting leadership role, he was invited, due to his experience and knowledge, by some Alberta and Saskatchewan churches, as well as by some in the United States, to help their churches strategize for more church planting. Ministry leadership continued to be his life even in his retirement.

For many years, Jake and Esther were involved in Central Heights Church in Abbotsford, BC, with Jake serving as Bible teacher, care group leader, and moderator. They continued their church involvement when they moved to the Clearbrook MB Church, also in Abbotsford. After Jake was diagnosed with Alzheimer’s disease, he served as elevator operator at Clearbrook MB. Jake moved into Valhaven Home after Esther died in February 2019.

When asked what he wanted people to know about him, Jake responded, "I hope that people will know that I love Jesus Christ as my Savior because he affects my whole life." Jake was not only tall in stature but also had a big, humble, and generous heart for serving others.