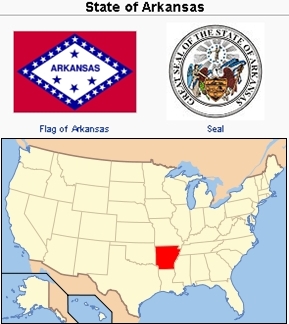 Amish Mennonites settled near Stuttgart in the east central part of the state in the decade of the 1880s but by 1920 the settlement had become extinct. A new wave of Amish Mennonite migration began in 1925 but in approximately a decade this settlement too had ceased to exist.

In 1883 a small group of Mennonites from Henry County, Iowa, located a short distance north of Stuttgart near Fairmount and organized a Mennonite Brethren in Christ Church. By 1891 the congregation had approximately 50 members but the church was discontinued in 1899. From 1927 to 1937 there was an Old Order Amish community north of Stuttgart.