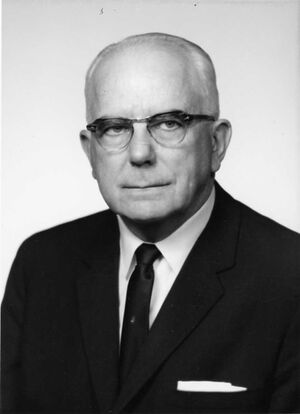 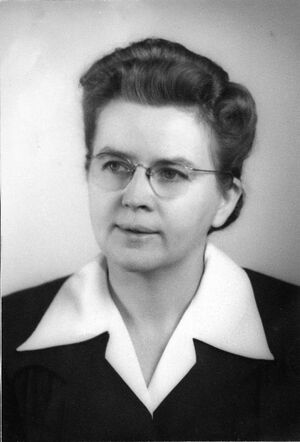 Herman Andres grew up on the family farm. He attended the public schools of Harvey County, Bethel College, and the University of Colorado. After farming several years he joined the staff of an investment banking concern in Newton.

In 1938 he became administrator of the Bethel Deaconess Hospital and the Bethel Home for Aged in Newton, Kansas. He continued in this work for nearly 20 years and always considered his work in the health field as his major life activity.

Herman Andres was a member of the Executive Committee of the General Conference Mennonite Church and for 12 years served as president of the Board of Education and Publication. It was during this time that he helped develop the Every Home Plan for the conference periodicals. In 1957 he was appointed president and manager of the newly organized Schowalter Foundation. This position he held until his retirement in 1975.

Twice he was commissioned by the Mennonite Central Committee to go on special assignment to South America. In the fall of 1948 he went to Uruguay to help resettle a contingent of Mennonite World War II refugees. In 1958 he went to Paraguay to help establish a mental hospital facility in Filadelfia and also to consult with the director of the Agricultural Experimental Farm there regarding several projects supported by the Schowalter Foundation.

Joanna Sudermann Andres's step-father was Gustav H. Enss (13 April 1885-10 November 1965), who taught at a variety of post-secondary schools, leading to Joanna's varied educational experience as a young woman. She studied theology at Southwestern Baptist Theological Seminary in Fort Worth, Texas, in 1925-26. She began her collegiate studies at Kansas State Teachers College in Emporia in 1926, then transferred to Hesston College for three semesters, 1927-1928 and completed her junior college degree in 1928. She attended Goshen College in 1928-30, and received her BA with a major in German. She studied at Bethel College in 1931-32 and received a BTh in 1932.